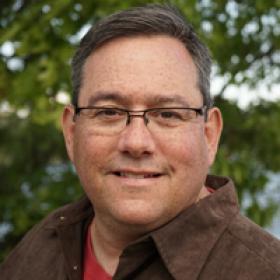 Stephen Cross is the founder, designer and developer at Parallax. He has expertise in designing, project management, site building and developing.

He has been credited for 1 security advisory and 23 issue fixes over the last year. Stephen also contributes to Drupal issue queue.

Stephen founded Talking Drupal in 2013.   He appeared as a host on the first 300 episodes and now works behind the microphone.

Stephen has been working with Drupal for ten years and building websites for more than twenty. He is currently working on Drupal projects with the US Government and has experience in many SMB and Fortune 100 companies.  Catching the bug for open-source and the community around it, Stephen founded  Talking Drupal in 2013 and the New England Drupal Camp in 2014.  He enjoys exploring and sharing technology ideas.  If you want to get him talking, ask him why Drupal developers should be using Linux.

CLICK TO VISIT WEBSITE LINK
Parallax Information Technology was founded in 1996. We provide services for small businesses and Fortune 100 companies. In addition to design and development, we provide enterprise hosting at our facility in Virginia. We embrace the latest in web design and standards including responsive design. Drupal contributions We are organizers of the&nbsp;New England Drupal Camp We are organizers of the&nbsp;Providence Drupal Meetup Hosts of ...