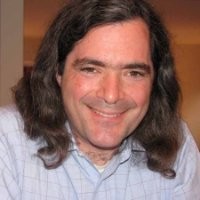 Benji Fisher or benjifisher has been on Drupal for over 12 years with over 100 edits to documentation. He is currently working as a web developer with Fruition. Benji has previously worked with companies like Columbia university, NorthPoint Digital, Hook 42 and more. He has worked in the education and publishing sectors.

He has been a documentation editor, documentation guide maintainer, Drupal core subsystem maintainer, contributed theme, module or distribution maintainer and a mentor at the NA DrupalCon. Benji was also a Usability Group member and moderated their weekly meetings and recording.

Benji has attended many DrupalCon events and Drupal Camps. He has been credited for 159 issue fixes over the last year and a total of 304 project commits. He has contributed Drupal patches, Drupal modules and automated tests.

Check out the sessions for the 2nd Day at Drupal Camp Asheville.
07 July 2022

Security in Drupal: What Can Go Wrong?

In this session Benji Fisher will help you look at Drupal security from the point of view of an outsider.
04 July 2022

What does DrupalCamp NJ have in Store for You?

Saturday Sessions at Drupal Camp Asheville
Security in Drupal: What Can Go Wrong?
Moderately Critical Drupal Core Security Update
What does DrupalCamp NJ have in Store for You?