Mike is passionate about development and working with the open source technologies. He has been working in web engineering since 2003, utilizing a number of different technologies, languages, and frameworks.

In his day-to-day role as Director of Web Development at MIT Sloan, Mike leads the development and growth of web development team and the public facing digital properties for the school.

Outside of his day-to-day, Mike is the host of the podcast Developing Up, which is focused on the non-technical side of being a developer. He is a public speaker and regularly presents at technical conferences around the world.

I have been working with Drupal since 2008. I have done everything from theming, module development, to full on project architecture. I am active in the Drupal community and I submit modules, patches, organize sprints, speak at conferences/camps and help run the Boston Drupal meetup. I am an "Acquia Grand Master" and in 2014 was named an Acquia MVP for the Drupal work I had done.

I am the  Director of Web Development at MIT Sloan and lead the development, maintenance and growth of the digital team and properties for the school. I am also the host of the podcast Developing Up (www.developingup.com), where we talk about the non-technical side of being a developer (such as how to work on a team).

I am passionate about development and working with the latest open source technologies. I have web engineering experience in an agency setting since 2003. I have been working with Drupal since 2008 and I am a regular contributor to the community and project. I contribute to code sprints, IRC support and give sessions at camps and conferences. 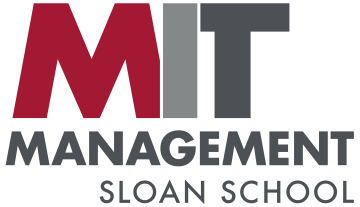 CLICK TO VISIT WEBSITE LINK
From Wikipedia: The MIT Sloan School of Management (MIT Sloan or Sloan) is the business school of the Massachusetts Institute of Technology, a private university in Cambridge, Massachusetts. MIT Sloan offers bachelor's, master's, and doctoral degree programs, as well as executive education. Its degree programs are among the most selective in the world. MIT Sloa...

Follow through Part II of NED Camp 2022 with speakers like JRastaban, Matt Obert, Donna Bungard and more as they talk about Security in Drupal, community, industry standard vulnerabilities.
25 November 2022

The Support I Felt from the Boston Drupal Community Only Grew the More I Engaged: Mike Miles | NEDCamp

As long as the Drupal community is willing to experiment with new methods, frameworks, and technologies and openly share that knowledge, then I see a long future for Drupal, predicts Michael Miles as he replies to our email interview prior to the New England Drupal Camp 2022.
17 November 2022 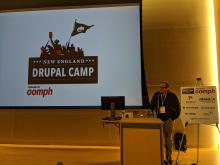 NEDCamp Sessions at 11 on November 19

The second day of the camp is conference day. It will begin with opening remarks at Gaige Auditorium between 8.30 and 8.45 in the morning on November 19, Saturday. Four sessions will run parallel from 9 o’clock onwards.
28 October 2022

NEDCamp in November; Are You Going?

Videos from NED Camp 2022 Part 2
The Support I Felt from the Boston Drupal Community Only Grew the More I Engaged: Mike Miles | NEDCamp
NEDCamp Sessions at 11 on November 19
NEDCamp in November; Are You Going?